Notes Along the Path: February 2022 Edition

It wasn’t that long ago when our money and assets were safe, or at least there was a high degree of perceived safety.

Investment accounts were secured by SIPC insurance. The same could be said about FDIC-insured bank accounts. And, if you spotted a fraudulent charge on your credit card, all that was required was a quick phone call to the number on the back of your card, and it was removed.

Sure, there were fraudsters and scammers, but potential access to your personal finances was much more limited.

Those same SIPC, FDIC, and credit card protections remain in place today. Unfortunately, the advent of the Internet, social media, and a global reach have led to a proliferation of scams that can quickly deliver a knockout blow to your savings.

While you need not be in a perpetual state of readiness, a healthy level of vigilance and skepticism can go a long way. It will protect your savings and prevent you from becoming a victim of fraud.

With that in mind, it's time for my annual look at the most prevalent and dangerous scams out there.

How can you avoid becoming a victim? The FTC highlights four elements that can help you spot a scam.

Never give someone your password, bank information, PIN number, social security number, or personal identifying information. Never settle a debt or problem over the phone from an unexpected call that came your way.

Many solicitors are scammers looking for money. If you pay these criminals, they will come back in a short period of time, claiming another discrepancy was found and another payment is needed.

That check will bounce after you’ve delivered the cash to the scammer.

Older adults lost $600 million to fraud in 2020, when the pandemic fueled spikes in almost all top categories of fraud, federal officials say.

Whether it is Zoom phishing emails, Covid-19 vax card scams, phony online websites, or romance scams, please be leery when you venture online or on social media sites. Recently, the AARP highlighted some the avenues fraudsters use to take your money.

For example, “You receive an email, text or social media message with the Zoom logo, telling you to click on a link because your account is suspended or you missed a meeting,” says Katherine Hutt, national spokesperson for the Better Business Bureau. “Clicking can allow criminals to download malicious software onto your computer.”

Others will exploit what might be called the flavor of the month or topic of the day. Recently, the government said it will offer free Covid test kits. You can obtain yours at covidtests.gov/. The site takes you directly to special.usps.com/testkits to order.

But criminals attempt to impersonate these sites by adding a few letters or a word like “free” within the link. The link appears legit, but it’s not. The fraudulent site will encourage you to divulge personal information.

While we won’t touch on every scam, we wanted to highlight romance scams, which led the way in 2021.

According to AARP, the scam works like this. You place your profile on an online dating site, and a potential partner entices you with his or her charm, intelligence, and good looks. But you don’t live in the same city or state.

Though you become attached, you never seem to be able to meet this person. Eventually, an emergency, business crisis, or some type of problem “unexpectedly” surfaces, and you are asked to send money.

Give them cash and they will continue to prey on you until you figure it out.

It seems obvious, but never underestimate how easily you can be tricked when love and your emotions are in play.

Avoid being defrauded by following several commonsense tips offered by the FTC.

Finally, avoid the temptation of telling a scammer what you think of him or her. In researching this article, I came across those who regretted such action. Yes, they may have been an ocean away from the scammer, but that didn’t prevent a vindictive fraudster from placing the victim’s phone number on numerous fake ads or overwhelming them with robocalls.

Remember, they are sophisticated criminals that have access to the latest technology.

If, unfortunately you find you have become a victim, you can report the incident to the FTC at https://reportfraud.ftc.gov/#/

There are plenty of reasons why inflation is at a 40-year high: easy money and low interest rates, rising wages, supply chain disruptions, and fiscal stimulus that has fueled demand for consumer goods. And all of this is happening at a time when food and energy costs are rising.

Last year, the Fed insisted the jump in inflation would be temporary--“transitory” was its word of choice. But as soon as chairman Powell was nominated for another 4-year term, transitory was retired, and the Fed quickly pivoted.

Gone are pledges to keep the fed funds rate at near zero through at least 2023.

Instead, Fed Chief Powell seems determined to bring inflation back under control, whatever the cost to economic growth, and that means the Fed is contemplating a series of rate hikes in 2022 AND ending the Fed's program of purchasing mortgage backed securities and other bonds.

Personally, I would note that there are still 3.9 million fewer Americans working than in January 2020.  Full employment is supposed to be an equal part of the Fed's mission and despite the labor shortage we are nowhere near full employment.  You could say the situation is an unprecedented conundrum. 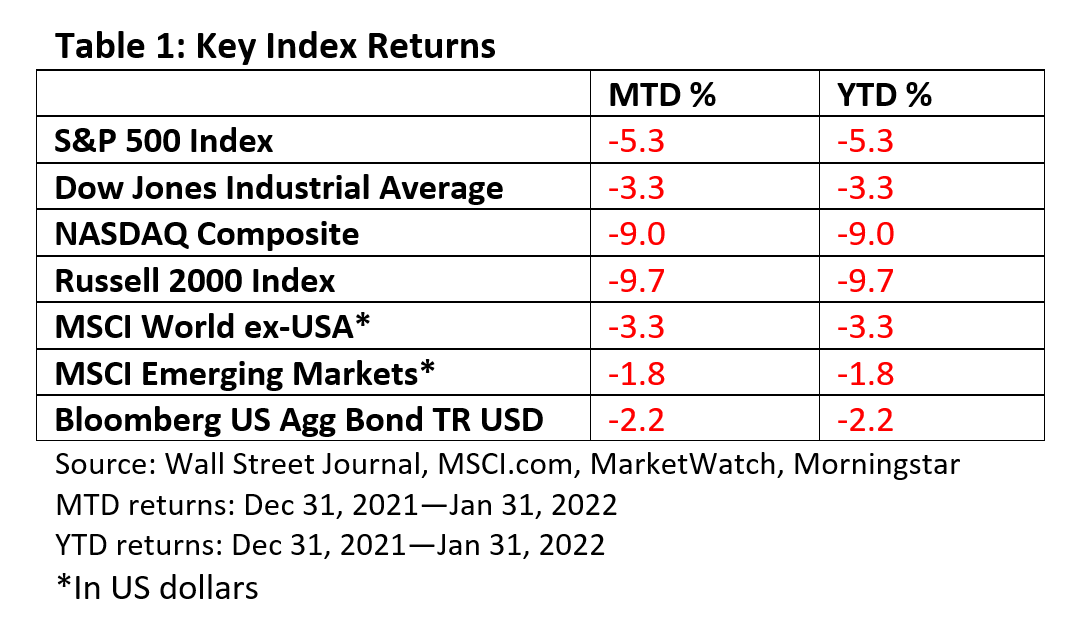 Let’s look at recent history and briefly dive into the numbers so we may paint a picture. During the 2004 to 2006 rate-hike cycle, then-Fed Chairman Alan Greenspan said rate increases were likely to be “measured,” as he embarked on a series of quarter-point rate hikes.

Fed Chief Janet Yellen and later Powell also soothed anxieties by signaling rate hikes would be “gradual” when rates slowly began to increase in late 2015. “Gradual” wasn’t as opaque as “measured,” but the goal was the same: reassure investors.

Greenspan and his successor Ben Bernanke raised the fed funds rate from 1% to 5.25% in a predictable series of quarter-percent increases.

At Powell’s late-January news conference, he wasn’t making any promises on how quickly rates might rise. He wouldn’t rule out a rate hike at every meeting, beginning in March (there are eight scheduled meetings each year, including January). He didn’t dismiss the possibility of a 50bp increase. And, there was no mention of 'gradual' or 'measured.'

The last time the Fed was truly aggressive was back in 1994, when the Fed implemented several 50bp increases and one 75 bp hike. Rates doubled from 3% to 6% in one year.

During each of those tightening cycles, including 1994, inflation was under control. The Fed acted pre-emptively. Today, it is reacting to high inflation.

We are not saying we’re going to see a repeat of 1994. One key measure from the CME Group suggests five 25 bp rate hikes this year. But it’s simply a projection. And projections can change based on how the economy progresses.

The Fed’s challenge should be to engineer a soft economic landing, which brings down inflation without throwing the economy into a recession.

Barring a significant health crisis or a major geopolitical event, the Fed’s new posture will probably be the focus this year.

Sometimes I see people on social media claiming that "everyone should own [product they sell]" For decades it was Whole Life Insurance, then it was Universal Life Insurance (which is the same thing only you can vary how much you sink into the hole), then it was Variable Annuities.  Now Cryptocurrency is the big pump and dump scam.  It's still in the pump stage - salesman are constantly trying to pump up the price of their product so that they can later sell their investment at a huge profit and leave you holding the bag.  But make no mistake, the big "dump" part of the cycle is coming.

Real Financial Advice is not about selling a product. It's a disciplined planning process that requires periodic assessment, particularly when life changes in some way. 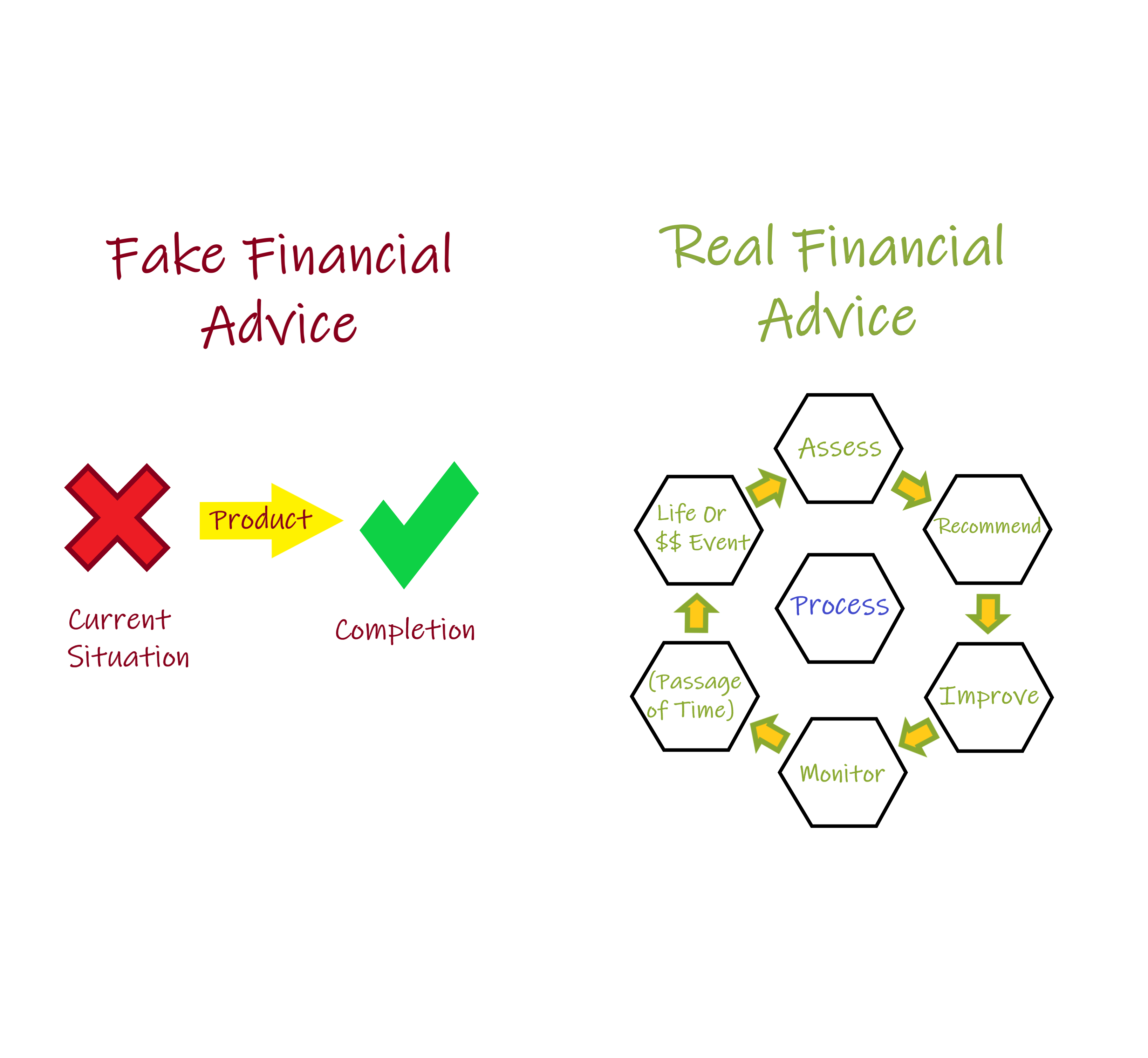 If you like this newsletter, I encourage you to pass it on to any contacts you have that might benefit.  It's easy. Just click on the web address (the URL) above, copy it (ctrl-C), and paste that into an email to your friend or family member.