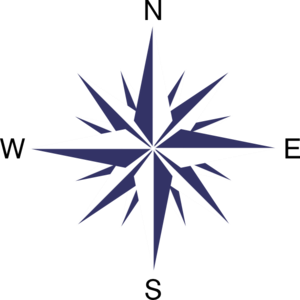 The Case Against Bitcoin and all Cryptocurrencies

The following uses Bitcoin as the standard-bearer for all cryptocurrencies.  While I know Bitcoin best, I believe all of the arguments below apply to all of the various flavors of crypto.

I have four categories of objections to Bitcoin: Financial, Practical, Civic, and Moral.

Before I get to these objections, a brief bit of context. I don't think Bitcoin is doomed to go down.  I don't think Bitcoin is going to go up.  What I do think is that there is no way anyone can make a rational case for analyzing Bitcoin's prospects, and that makes any purchase of Bitcoin gambling, not investing. Financial advisors who do not make that clear are doing their clients and our profession a disservice.

Bitcoin is, at best, a commodity, but it has several disadvantages other commodities do not have.

The main disadvantage to all commodities (and what makes them different from securities) is they cannot be improved by human effort.  The definition of a commodity is that every unit is exactly the same, and any single one can be substituted for any other one.  Therefore commodity appreciation depends on either an increase in demand due to its consumption relative to any additions to supply or currency inflation.

Unlike other commodities, Bitcoin cannot be consumed.  Look at the list above again.  Every item either gets used up in industrial processes, or it literally gets eaten by humans.

There is only one way Bitcoin's price can go up. It's called the "greater fool" phenomenon. The idea is that you can sell your (in this case Bitcoin) for more than you paid because someone (an even greater fool than you) will be willing to buy at a higher price. Bitcoin is a textbook example of greater fools.  In fact, Investotopia's article on the theory holds up Bitcoin as THE example of this phenomenon in action.1

I can't stop speculators from speculating (gambling), but please just admit that that is all there is here.

Most people have no idea how blockchain (the technology underlying Bitcoin) actually works.  To learn, start here (LINK). The fundamental things you need to know are that with Bitcoin, the blockchain table contains every bitcoin transaction ever made.

The table is millions of rows.  The computing power required is immense.  So how do they solve this? They lure people into becoming "miners" and pay them off with occasional rewards of free bitcoins, which are easter eggs placed on the table by the administrators.  So the miners are betting that the value will go up enough to justify the electricity needed to run the servers and keep them cool.  Blockchain miners operate on very slim margins.  And if the price of electricity goes down, the admins just reduce the rate of easter eggs dropping in the ledger.  Also, the constant giveaway of easter eggs means that inflation is built-in to the whole system.  The supply of bitcoins has to keep going up!  This makes it hard to distinguish bitcoin from a Ponzi scheme, IMHO.  It is not actually very scalable.

Maybe the most significant issue, because this one is objectionable from a practical, civic, and moral standpoint, is this. We don't know who founded Bitcoin or who owns 40% of it, which has never changed hands since its beginning.  Legitimate players in finance don't hide behind anonymous pseudonyms (Satoshi Nakamoto is the made-up name of the inventor).  I feel it is highly likely that Bitcoin is an operation of a malevolent organization or some combination of organizations, whether state-sponsored (Russian, Chinese, North Korean) or international (Al-Quida, Mafia, etc.).  I have no evidence of this other than the circumstantial evidence of their anonymity. Still, I don't see how a fiduciary can recommend investment in a speculative product under the control of anonymous people or entities.

A final practical matter is the very real possibility that Bitcoin could be regulated, taxed, or outright shut down at any time. Dollars are, of course, the only accepted currency to pay your taxes, and the U.S. government does not want any competition in that space.

Bitcoin uses an astounding amount of electricity.  "Bitcoin mining consumes an estimated 128.84 terawatt-hour per year of energy — more than entire countries such as Ukraine and Argentina, according to the Cambridge Bitcoin Electricity Consumption Index, a project of the University of Cambridge." 2

Bitcoin is a bet on the destruction of the financial system as we know it.  It preys on people's fear that the deck is stacked against them and their misunderstanding of inequality's root causes.  Many of these 'investors' are preppers in the sense that some of their actions are guided by a belief that they need to be prepared for a global economic calamity. While I don't criticize anyone for readying themselves for emergencies, this particular form of prepping has the perverse effect of making a crisis more likely.

Other participants aim to store wealth someplace that the government can't tax.  Personally, I think that taxes are the price we pay for the rule of law and civilization, and they are a bargain.  People can disagree on the optimal tax rate, but without some taxes, there would be no national defense, police, firefighters, clean water, or safe products, just to name a few consequences. Tax avoidance schemes are criminal, and bitcoin's anonymity makes tax avoidance and money laundering relatively easy.

Speculators, preppers, and tax avoiders are not adding to the productivity or wealth of the nation.  I don't think you can force people to invest a certain way, but our public policies should encourage investment in things that create wealth.  That is the whole point of capitalism - the efficient allocation of capital to projects that increase wealth.  It's better than centralized planning, right?  Crypto does not make us more productive or more wealthy - it does just the opposite and leaves us more vulnerable to unknown actors.